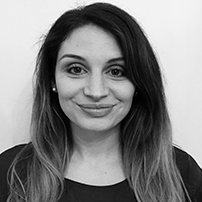 Kelly Ramirez is an American living abroad in the Netherlands, where she is a postdoctoral scholar at the Netherlands Institute of Ecology. Kelly is a soil ecologist interested in characterizing the diversity and biogeographical patterns of soil microbes across the globe. She has studied microbial communities across the globe- even from the soils in Central Park, NYC. Kelly grew up in Washington State, and moved to the University of Colorado, Boulder for graduate school where she earned her PhD in Ecology. In 2012 Kelly took a position working as the Executive Director of the Global Soil Biodiversity Initiative. Then, in 2014, she moved to Europe for her current research position.
In November 2016 Kelly and her colleague Dr. Jane Zelikova founded 500 Women Scientists, an organization with a mission to make science open, inclusive and accessible, and to be the foremost organization for the transformation of leadership, diversity, and public engagement in science. In just over one year the organization has grown to have the support of 20K women and supporters worldwide, and to have more than 150 local chapters with 4,000 participants. 500 Women Scientists is changing what a scientist looks like through community engagement, rapid responses to current events, and through social media.