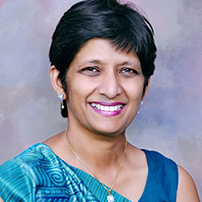 Kavita C. Das is working as a Principal, St. John’s High School, Chandigarh. She has more than 25 years of teaching experience. She always taught in a Christian Brother Institution. She began teaching at St. Columba’s School, New Delhi in 1985. She came to St John’s in 1997 and became Principal of St. John’s High School in 2007. Under her guidance, the school has reached new heights of excellence and St John’s is currently ranked among the top Schools of India. The school and the Principal herself have received numerous national and state awards recognizing the sundry milestones reached. It is under Mrs Kavita Das’ leadership that the senior secondary wing was started and her students are already being nationally ranked. She has also published papers on Inclusive Education and the school is recognized at the national level for it’s community service work…..a school with a heart of compassion.