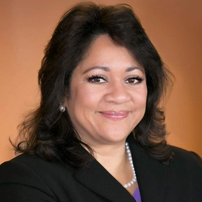 Originally from New Orleans, Kathy E. Roux graduated from Louisiana State University Paul M. Hebert Law Center. While in law school, she was elected Freshman Class Representative and appointed Ombudsman for LSU’s Student Government Association. She won 1st place for the Southern Region in the Frederick Douglass Moot Court competition, and was chosen to represent LSU in the National Moot Court competition. After graduation, she began working for Southeast Louisiana Legal Services in New Orleans, practicing poverty law. While there, her practice areas included Consumer Bankruptcy, Consumer Protection, Housing Law, and the Low Income Taxpayer Clinic. During this time, she co-authored the Consumer Chapter of the Louisiana Legal Services & Pro Bono Desk Manual for 2001 and 2005. She served on committees for the Louisiana State Bar Association, including Chair of the Taxation Section Pro Bono Committee and Co-Chair of the Health Directives Committee. She was also active in the Louis A. Martinet Society, and is currently a member of the Louisiana Bar Foundation. After Hurricane Katrina, she and her family permanently relocated to Texas. She obtained her Texas license in June, 2006, and now has a solo practice in the areas of Elder Law, Guardianship, and Wills/Probate/Trusts. She also has a general civil practice that includes Consumer Protection, Family Law, Landlord/Tenant Law, Immigration, and IRS Tax Controversies. For several years, she served as an ad litem representing mentally ill clients in Tarrant County while gaining valuable litigation experience. She is currently a member of the U. S. Supreme Court, where she currently has a case on appeal. She is also a member of U.S. Tax Court, U.S. District Court for the Eastern District of Louisiana, All State Courts for Louisiana, U.S. District Court for the Northern District of Texas, and All State Courts for Texas. She is a certified ad litem and certified mediator by the State Bar of Texas. She is a Louisiana Bar Foundation Fellow and a Dallas Bar Foundation Fellow. She was recognized as a Top Attorney of North America in 2015 by Who’s Who Directories, and Texas Probate Attorney of the Year for 2016 by ACQ5 Global Awards. She is also a member of Global Law Experts and International Trade Council.
She is a member of Dallas, Denton & Tarrant County Bar Associations. She previously chaired the Dallas Bar Association’s Bankruptcy & Commercial Section Pro Se Subcommittee, and has written articles for DBA’s Headnotes. She was awarded the Outstanding Solo Practitioner Award for 2007 by the Dallas Volunteer Attorney Program. She received the DBA’s 2017 Jo Anna Moreland Outstanding Committee Chair Award She is a former board member of the Northeast Tarrant County Bar Association, and a former board member of the Tarrant County Probate Bar Association from 2007 to 2013, where she held the position of Secretary and Treasurer, and assisted with organizing successful CLE’s for attorneys. She served on several Tarrant County Bar Association committees and chaired their Diversity and Elder Law committees. She is a choice speaker at The People’s Law School, and has assisted with organizing successful CLE’s for attorneys.
She is a continuous member of the College of the State Bar of Texas since 2006.
Ms. Roux regularly volunteered at Legal Aid of Northwest Texas in Dallas and Fort Worth for the Bankruptcy and Wills Clinics. She regularly presents legal topics at community education events. She was also a regular volunteer at Heritage Elementary School in Grapevine, and Good Shepherd Catholic Community in Colleyville where she taught religious education class for several years. Ms. Roux currently worships and volunteers at Comforter Christian Center in Grand Prairie.