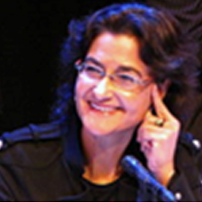 Kathleen Ferrier is a (world)connector with strong cross-cultural communication skills. Born in Paramaribo, Suriname, she lived in Chili and Brazil, in the Netherlands and in Hong KongHer work experiences include politics, international organisations, the United Nations, non-governmental organisations, academic institutions and international businesses. She worked in slum areas in big cities, with migrant communities in the Netherlands and Europe and served as a member of Dutch parliament for the Christian Democratic Party. Until last year she lives in Hong Kong, where she works as an academic teacher and is involved in issues related to sustainability and human rights, such as fighting modern slavery.She is appointed as Honorary Professor of the Global Practice of Human Rights, at the Asian University for Women in Bangladesh. She is a co-founder of Bright Hong Kong.
As a member of its sustainability Council she is involved un the European Chamber of Commerce. She is a public speaker, master of ceremony and writer of columns and articles on international relations and politics with a focus on Hong Kong, China and South East Asia.