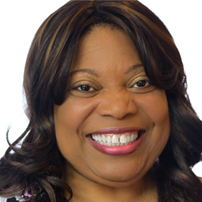 Mayor of London Borough of Enfield

Kate worked for NHS/ Midwife for forty years, hence she has a wealth of knowledge in many of the social and health issues that are prevalent in the communities, coupled with over ten years’ experience in Local Government politics. She has consolidated all her experience so as to help champion community causes like health, crime and safety, single parenthood, children and young people. Widowed when her youngest of four children was only eighteen months old, Kate understands fully the plight of widowhood and single parenthood.
Received Long Service Award from North Middlesex University Hospital for her dedication and service to pregnant women and their family.
Key Achievement: Gaining Law Degree whilst working full time as a midwife and bringing up her young family.
In 2007 she was conferred with Honorary Freedom of The London Borough of Enfield, for her long valuable and outstanding contribution to the community.

Among her many awards, her positive outlook led to her being named
” 2014 Nigerian Watch Woman of the Year UK”, it is just one of the many achievements that this inspiring woman has scored over the past four decades, both in UK and her native Nigeria
In June 2014 she was one of the 100 recipients of the Nigerian Centenary Award UK 2014 which was organised in UK to mark Nigerian Centenary Celebration.

Mayor of Enfield 2012-2013. As the first Nigerian in Enfield Local Government, Kate worked hard to promote positive image and culture of Nigeria. Mentored and supported other Nigerians in Enfield, paving the way for more Nigerians into Enfield Local Government. Mayor of Enfield 2019/2020, the first and only African/Nigerian to be Mayor twice in one Borough.
Launched her autobiography in July 2019, this can be purchased through Amazon.
September 2019 nominated by BBCLondonNews as a Greater Londoner
October 2019 voted as one of 50 Inspirational Black women in UK