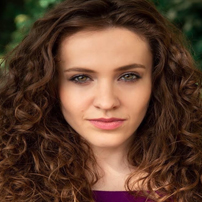 Katarzyna Joanna believes that the power of women lies in feminine essence. Own, who you are, unapologetically, as you are enough. By embracing our soul-purpose through inside-out presence using stage/screen as a platform and voice as the biggest asset to share our inner message, we truly can influence the world, to quote Dr.Wayne Dyer, don’t die with your music still in you.
Recently in collaboration with StandOut Speakers Academy, London, UK. She’s proud to say that two of her VIP mentees speak during WEF 2019.
Katarzyna guests on international TV POLONIA and recurs at regional TVP3 as well as national and regional Polish Radio. The recent highlights of her career include: her debut in prestigious Carnegie Hall, November 2018; solo musical theatre recitals at Chopin and Friends Festival also solo classical recital at The Celebration of 100 years of Poland’s Independence in reputed Plaza Hotel Concert Hall. Her most recent role was Beth, one of the three leading ladies in Stephen Sondheim’s Merrily We Roll Along. As a Student Assistant Director, Miss Sperczynska collaborated with award-winning composer/writer Bobby Cronin on Contemporary Composers Concert focusing mostly around female composers and lyricists during winter New Works Series in February 2018. Her big-screen debut, August 2018, was made as a title-contest judge Linnie Lulu (Opera singer and Spiritual Guru) in an original movie-musical American Dreamin’, with guest actors Thea McCartan, Brian O’Brien. American Dreamin’ in a grotesque way suggests how immigrants’ situation will look like in ten years (2028) if nothing’s gonna change. Katarzyna Joanna was honored to sing Polish and American National Anthems during numerous meaningful events for Polish-American community in USA, among all The Celebration of 99th and 100th years of Poland’s Independence at the Consulate General of the Republic of Poland in New York City. Before coming to The Big Apple, one of her biggest roles was Carlotta (Prima Donna) in Phantom of the Opera alongside West End great actors during London Musical Theatre Orchestra’s play-through project. Prior, Katarzyna performed with classical repertoire in: Czech Republic, France, United Kingdom and, of course, Poland.
“To be the guide I once longed to have” is Miss Sperczynska’s life motto. Mentioned by a representative Katarzyna Czochara in Polish parliament as the young role model, example of persistence and determination in pursuing passion. Katarzyna sings and talks about the power of “being” to youngsters from the UK, Poland, and United States. During the International Voice Seminars IVTOM MIX (2016) in Gliwice, She chose to speak on the subject: Self-awareness and designing your career in show-business.
Other of her initiatives include: II prize in a national competition “Fulfill a dream of your best friend” granting a full cover of the cost of prophetic leg for her friend’s father so he could function independently; BEMAG company sent school supplies to the local orphanage kids that she usually visits when in Poland. One of her sayings is, if I can, I help. It’s that simple.
Believing in her mission once accepted to New York Film Academy Katarzyna run an international and national crowd-funding campaign supported by Łukasz and Barbara Milewski and representative Katarzyna Czochara to name a few; Polish TVP and Radio, local government organizations. Talent-based Scholar – New York Film Academy; Scholar of Adam & Ava Bak Foundation, Kosciuszko Foundation, Grupa Azoty Zakłady Azotowe Kędzierzyn S.A. Katarzyna is truly grateful to all her former supporters.