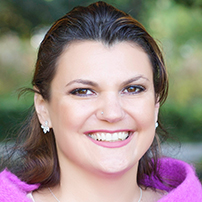 Katarina was born in Eastern Europe (in Trencin, Slovakia). At the age of 19, she moved away from her home country. She has travelled through Europe, Australia, Asia and Africa, with a yearning to experience different cultures. Katarina trained as a psycho-physiologist and psychologist in Australia, and became a life coach and neuro-linguistic programming practitioner in the Netherlands. In 2008, she established her private practice K.G Psychological Services (www.psychologistinthehague.com). Since then, she has been working with the international community in the Hague and assists people in achieving their goals. She is particularly interested in how unexpected life circumstances influence people’s mental state. That contributed to her interests in positive psychology, which she has been applying in her every day work. Katarina creates a variety of psycho-educational materials including books, cards in order to motivate people and bring out their best. Currently she is finalising a child memory game project with an Industrial Design Innovator. The game is utilising the basic principles of Cognitive Behavioural Therapy and is aiming to reinforce positive thinking patterns, thus significantly contribute to one’s favourable experience