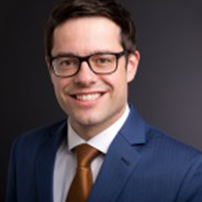 Deputy Mayor City of The Hague

– Karsten Klein was born in Groningen in 1977 and grew up in Groningen and Leeuwarden. He earned a Master’s Degree in Public Administration at the University of Twente in Enschede, moving to The Hague in 2000 for his thesis project.
After completing his studies, he went to work at the Ministry of Finance as senior policy advisor. Fresh out of college he began volunteering his time with the Christian Democratic Party (CDA) as campaign coordinator and deputy campaign leader for the province of Zuid-Holland (South Holland). He then became chairman of the CDA workgroup for the City Centre district, his first foray into local politics in The Hague.
Karsten has been a member of The Hague Municipal Council for the CDA since March 2006. In September 2008 he was named CDA party leader in the council. During his council period, he served in the accounting committee as well as the Security, Administration and Finance committee. He also had several portfolios in the area of Urban Development. In 2009 he was named Young Council Member of the Year by the Association of Netherlands Municipalities (VNG).
He is also a member of the general committee of the City Region of Haaglanden (Stadsgewest Haaglanden).Klein is married and has lived in The Hague more than 10 years. He enjoys horse riding, deep sea diving and riding his motorcycle. In his spare time he likes to read biographies and novels.