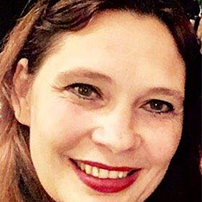 Karen Duys is senior advisor to city mayor & the aldermen in the Netherlands. Karen is founder and chairwomen of the Planet Hope foundation.
This foundation was initiated by Karen in 2009. Along with an Indian team she build the organisation, developed the vision and initiated lots of
programmes focused on education and empowerment of girls. She was member of the Rotterdam city council for 8 years and political leader for 4 years. After her political career Karen worked and lived in India to develop and implement educational projects. The 20 last years Karen was board member of several social and entrepreneurial organisations in the
Netherlands: Resto van Harte, stichting Hoedje van papier, Arosa and Sensoor.