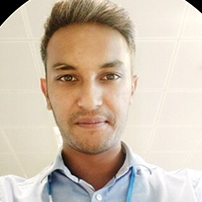 Co-Founder – The Coach Crew/ A sports Technology Start Up company engaged in Streamlining the Sports Coaching Industry in India.
Prior to this, Karan worked with the Department of International Trade, which is part of Foreign Commonwealth Office of the Government of United Kingdom as the sole Senior Trade Advisor for the Sports Economy for India. Karan worked with entities like the Premier League, Manchester United Football Club, Liverpool Football Club, leading their entry strategy into India that included market intelligence, market entry commercial strategy and partner networking. Karan spearheaded the Football Movement Conference 2018, Mumbai, for Department of International Trade, UK and The Premier League. The football Movement conference is India’s leading conference around the business of Football which brought together stakeholders, big and small, including Reliance IMG, All India Football Federation, Star Network as well as major Premier League Clubs , Top management of the Premier League itself and a delegation of UK based sport Business houses. Nemanja Vidic – Former Manchester United Captain and Indian Actor and Football Enthusiast Ranveer Singh were among the other delegates. Prior to this role Karan worked at the grass roots level, setting up the Football Academy of Bangalore – FAB , the Youth Champions League, a long duration League which has over 1000 plus Children aged 6 to 12 years and growing. Karan’s expertise lies in building Commercial Sustainability and Growth of Football in India and UK At a personal level, he has represented Maharastra at University and State level Football Leagues and represented India in The World Youth Cup (Football) in Sweden and Denmark – in Under 16 Category.