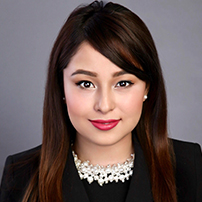 Kanchan Amatya (21) is an award winning social entrepreneur, women’s rights advocate and an anti poverty activist. She serves as the UN Women’s Global Champion for Women’s Economic Empowerment at Empower Women. She is the Founder and Chief Executive Director of Sustainable Fish Farming Initiative , a social enterprise that empowers South Asian indigenous women to combat extreme hunger and poverty through sustainable aquaculture. Till date, her venture has uplifted the
lives of more than 25,000 rural Nepalese women farmers. Besides, Amatya serves as the President of United Nations Girl Up Campaign – Nepal Chapter, Director of Helpless Women and Children’s Service Society and an Ambassador of Women Protection Center, through which she has worked extensively with rescued women and children survivors of gender-based violence and human
trafficking in South Asia. She was also a part of the delegation to help pass the Girls Count Act bill at the White House that encouraged countries to ensure girls of all ages are able to fully participate in society, including by providing birth certificates and other official documentations. Amatya has also worked as a Mentor to young leaders from 90+ countries with the Youth Assembly at the United Nations. She was recently awarded by President Bill Clinton with presidential Honor Roll and listed
on 100 leaders under 25 by Impact Squared. As a women’s rights activist, she has addressed world leaders at the United Nations General Assembly , Clinton Global Initiative , and contributes regularly at various conferences and media relating to gender related issues in South Asia. She is also a member of the World Economic Forum, UN Women’s Major Group, Beyond Beijing Committee, UN IANYD working group on Youth and Gender Equality and the UN Women National Committee of UN Women.