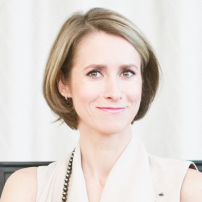 Kaja Kallas is an Estonian politician and the first female prime minister of Estonia. Member of the Estonian Reform Party, she leads the Government of the Republic of Estonia from 26 January 2021. Kallas joined the Estonian Reform Party in 2011 and has led the party since 14 April 2018. From 2014–2018, she was an MEP (Member of the European Parliament). Kaja Kallas graduated from the University of Tartu in 1999 with a degree in law and undertook her postgraduate studies at the Estonian Business School in 2007.