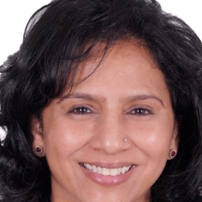 Jyoti Pawar is the global head for transactions, contracts, litigation & insurance for Infosys Limited. She is a qualified Solicitor in England and Wales and also a member of The Bar Council of Maharashtra & Goa, The Bombay Bar Association and The Law Society of UK.
Jyoti started her legal career as an Advocate with Mulla & Mulla Craigie Blunt and Caroe – Advocates & Solicitors (from 1992 to 2000) and subsequently joined GE Capital India as a General Counsel (from 2000 to 2008). From 2008 to May 2014, Jyoti held the position of General Counsel & Director – Legal & Regulatory for India and South Asia in Bharti Airtel Limited, which held the position of India’s largest and the world’s third largest telecommunications company till 2018.
In the past years she has held significant positions in various committees such as the President of the Legal Committee of the Cellular Operators Association of India (COAI), Member of the Financial Inclusion Committee at FICCI etc. Prior to joining Infosys, Jyoti practiced law for three years. Initially as Partner-in-charge of Economic Laws Practice ( ELP), Delhi and Head of Telecom Media & Technology Practice and later as founding partner with JPA.