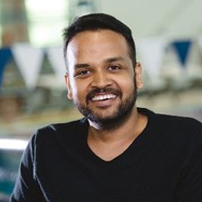 Justin Vijay Jesudas has used a car accident as a catalyst to change his life. A researcher by profession, Jesudas has won 18 gold medals in national and international level tournaments in swimming and is ranked among the top 20 swimmers in the world in his category. A quadriplegic (paralyzed neck downwards), Jesudas is also a national champion (10m Air Rifle) in rifle shooting under his category. Justin focusses on his ability, rather than disability. He himself balances a career as a software professional in Chennai with a nascent vocation in Paralympic swimming and rifle shooting. He even indulges his passion for long drives with the help of a customised car. He has 15+ years experience in research and analytics, industry/business research and market strategy He is an International para-swimming champion.