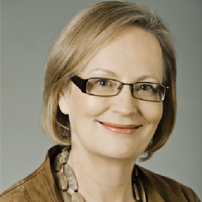 Member of the European Parliament, Brussels from United Kingdom

Julie Girling has served as a Conservative Member of the European Parliament for South West England and Gibraltar since 2009.

She currently sits on the Delegation for relations with South East Asia, and has previously served as Chief Whip for the Conservatives in the European Parliament.

During her time in the European Parliament she has worked on a number of important legislative files covering areas such as air quality, emissions, food safety, reform of the Common Agriculture and Fisheries Policies, biodiversity, chemicals and animal welfare. Mrs Girling currently holds the rapporteurships for both the ETS Phase IV and the Aviation ETS files. Mrs Girling has played an active role in campaigning to combat FGM, encourage women into STEM based subjects and has been an advocate in combating violence against women.