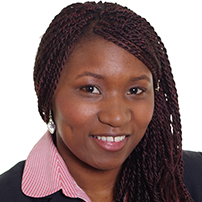 Julia founded Question Africa Organisation in 2014. Its aim is on education, youth empowerment and community building. To encourage more people to get involved with African development and education, she has spoken at events and conferences including Women for Africa, Glowing Future, Lift Effects and African Women Empowerment Forum (AWEF). She chairs conferences, debates and workshops in the UK and in Africa having recently held a youth empowerment conference in Dakar, Senegal. She also mentors youths in their education path from High School through to completion of University.
She has been involved in various empowerment campaigns including the August 2015 “books first babies later” campaign by Girl Child Network Worldwide and 2017 “I am a Diaspora” campaign for internally displaced people in Nigeria. She is an ambassador for Lift Effects, Girl Child Network Worldwide and the Young Adults Forum.
For her work, she was awarded with 2015 New Business Start-up Award by the Regional Entrepreneurs Empowerment Business Awards (REEBA); Young Woman Achiever Award 2015 by Black African Women Rock Awards (BAWR) and Star Award for Youth Leadership 2016 by Black Entertainment Film Fashion and Arts Awards (BEFFTA).