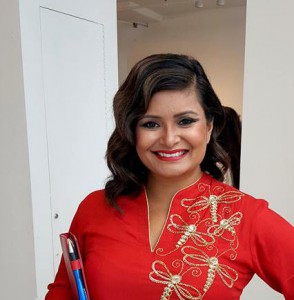 Form the last 16 years, her career has been Business News Anchor. She have delivered live reports from the floor of the New York Stock Exchange for Bloomberg, CNN, ABC, CBS and now NY1. However, she went freelance in 2010, because she recognized that she was more than a talking head. She is a fierce project manager. she took a production crew to India to shoot her first feature length film. Joya was executive director of a film festival with HBO. The years of deadline pressure and level of preparedness needed for television primed her. So today, She helm a robust women’s networking initiative called LadyDrinks, which works to champion the South Asian female professional. The business model is such that she host 2 events a month. With the events,she have created a platform to bring like minded entrepreneurial women together. She is also using my decade plus time in business journalism to connect this demographic with influential women leaders, CEOs and authors. LadyDrinks is three years old. Thursday, June 25th, she hosted a fashion show with 16 South Asian women. All were employed in STEM fields (Science, Technology, Engineering, and Math).She cast role models versus traditional runway models.She also conveyed, given that some 8 million STEM jobs are due to transpire by the year 2018, that women in STEM jobs is ‘cool,’ not ‘nerdy’ to young girls.