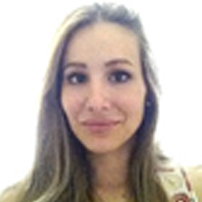 Ms Jovana Maric is a young civil servant of the Ministry of Foreign Affairs of the Republic of Serbia. Having a degree from the College of political science at the University of Belgrade, she is a political scientist of international relations.
After being an intern at the Office of the then first deputy Prime Minister of Serbia, she has moved to the Ministry of Foreign Affairs, where she was the personal assistant to the Minister of Foreign Affairs. As a member of the Cabinet, Ms Maric was a part of the official Ministerial delegation to the Council of the EU (Brussels, Belgium), Adriatic and Ionian Initiative Summit (Athens, Greece), African Union Summit (Addis Ababa, Ethiopia) and official Ministerial visit to Sophia, Bulgaria. Ms Maric later joined the Directorate-General for Europe.
After getting married and moving to India, she has become a very active member of the group of ambassadors’ spouses, where she has been chosen as a member of the Executive Committee for two consecutive years. Ms Maric has also been chosen as the chairwoman of the International Charity Bazaar, the biggest event of its kind held in New Delhi. She has been giving lectures on Serbia in New Delhi and rural parts of India. Ms Maric is also doing an internship in the International Federation of Red Cross and Red Crescent Societies in New Delhi, under which she participated at the Asian Ministerial Conference on Disaster Risk Reduction, held in Delhi in November 2016.