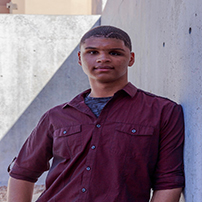 Josh is a semi-professional race car driver with a NASCAR dream and he was so close to achieving his ultimate goal that he’s had his entire life. The night of August 8, 2015 his life will forever be changed. Josh was in a racing accident at Southern New Mexico Speedway, He was the middle car of a three car accident. Josh hit a spinning car in front of him which made Josh’s car go into the air when a third car struck Josh’s car breaking through the roll cage. The shock tower of the third car was like a missile striking Josh in the head crushing his helmet. Josh’s injuries were extensive; he had a shattered skull causing a Traumatic brain injury, broken nose in 2 places, shattered cheekbone, broken jaw bone and he lost his left eye. When I arrived at the hospital and talked with the neuro surgeon he did not provide me with any hope that Joshua would even survive the surgery. It was bad and I needed to be prepared to make arrangements in the morning. Josh did make it through the initial surgery which took 7 hours