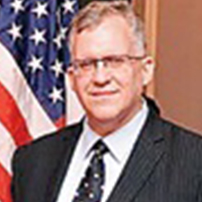 Jon reported to CG Kolkata in June 2015 as Principal Commercial Officer. He served as a Commercial Attaché at the U.S. Embassy in New Delhi from November 2014 to June 2015. Prior to joining the U.S. Department of Commerce, Jon spent over nine years as a Foreign Service Officer and Specialist with the U.S. Department of State. He served as Economic/Commercial/Public Affairs Officer in Karachi, Pakistan and Port Moresby, Papua New Guinea. Jon was Non-Immigrant Visa Chief in Baghdad, Iraq and General Services Officer in Riyadh, Saudi Arabia. Jon completed the State Department’s Economic Officer course, and served on details to the Wisconsin U.S. Export Assistance Center and the Office of the U.S. Trade Representative, where he was Director for South and Central Asia Affairs. He was the Foreign Policy Advisor (POLAD) to the Deputy Director for Middle East Politico-Military Affairs, Directorate for Strategic Plans & Policy (J-5), at the Joint Staff. Jon was an international supply chain and logistics executive with Briggs & Stratton and Batteries Plus. He is a U.S. Army veteran of Operation Desert Storm, and holds Juris Doctor (JD), MBA, and BS degrees from the University of Wisconsin-Madison.