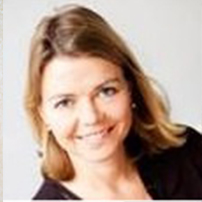 Jolanda started Lof in October 2007, because She believed that a cultural change is necessary to inspire women to combine career and family life. Besides starting a magazine for ambitious women, Lof is a multimediaplatform for career committed women. Lof has initiated many initiatives both for corporations and government to enable women to take up their position as leaders: a.o the Loflist ©, a survey on the Best Companies for Working Parents” which shows that stimulating work-life balance on one hand and diversity and inclusion on the other is necessary to create a working climate that stimulates female ambition; a campaign for the Dutch Ministery of OCW “Maatwerken” to stimulate flexible working arrangements; the Lof Next Role Model Elections © to inspire corporations to stimulate ambitions in work and family life; the Lof Spotlight Award ©: for the most innovative future leader.
In 2011 Jolanda Holwerda wrote the book “From your heart to success”: how to be successful in work, life and motherhood’. For the book she interviewed 12 corporate leaders, academic researchers and entrepreneurs about their insights and best practices how to create a climate where female talent is being recognized and utilised. The book is an impassioned plea for work-life integration: to fully realize your potential in work and personal life.
In 2011 she started the Lof Academy. Based on the Circle of Lof© and the Loflabyrinth© they inspire women to be in charge of their own life and become a successful leader in all areas of their life. We run different trainings programs for a.o Accenture, PWC, Post NL, DNB, ING, Robeco, PGGM, UWV.
Lecturer Communications, the Hague University (2003 –2007)
• Advisor of the Diversity and Inclusion Board
• Member of the Accreditation Committee
Senior Market Manager Nuon (2001 –2003)
• Project leader Internal Branding for Customer Service Centre
Corporate Communication Manager Brunel (1998-2000)
• Reorganization of Communication Department
Marketing Communication Manager EnerTel, (1996-1998)
• Introduction of communication strategy for 12 regional stakeholders
Marketing Communication Manager Tulip Computers, Hong Kong (1994-1996)
• Setting up Communications Department for Tulip Computers Asia
Manager Dutch Business Association (DBA), Hong Kong (1991-1994)
• Setting up Dutch Chamber of Commerce in Hong Kong
Miscellaneous
In 2009 she was awarded the “Joke Smit Prijs” by the Dutch Government for my contribution to the empowerment of women.
In 2010 she was key note speaker at the International Conference on the Empowerment of Women in Japan about the subject of Lof as an agent of social change.
In 2011 she conducted a workshop on worklife ambitions at the Women’s International Networking (W.I.N.) conference in Rome
In 2011 she was keynote speaker at the Conference on Gender Equality at the Hong Kong University
In 2012 she was keynote speaker at the 5th International Women’s Conference entitled ‘Women &
Technology’ held at the International Art of Living Center, Bangalore, India

In 2013 she set up a female leadership program to India in cooperation with the Friends Indeed Foundation.

In 2014 she was keynote speaker at the conference of ISODC (International society for organizational development change).
In 2015 she was a guestlecturer at SERVUS – Servant-Leadership Centre for Research and Education at the VU (Vrije Universiteit) – on the subject Servant-Leadership Across Life-Paths.

As trainer/coach/program developer I set up the Lof leadership Journey in 2012. Based on the Loflabyrinth (c) this program takes women through the different dilemma’s they may encounter in their professional and personal career on their way to the top.
As moderator, thoughtleader and rolemodel, I hosted talkshows for Robeco, ING, PGGM, De Tweede Kamer, DNB, Accenture.
As editor in Chief of Lofmagazine I interviewed many CEO’s, Corporate Leaders and Dutch Ministers about their ambitions in life.
As Influential and Founder of the “Genootschap’ Noblesse Oblige, I connected 48 female leaders take up their position of influence to set up a female talent program for the next generation.
Press coverage: www.lofonline.nl and www.hartwerkers.nl