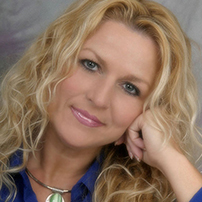 Jody Colvard is the CEO and Founder of VOW Global and FMG Network, both cutting-edge communities providing digital platforms to share Women’s voices, ideas & stories. With a career spanning over 18 years in business successes, Jody has worked closely with celebrities such as Chaka Khan; with charity organizations such as Make a Wish Foundation and The Sole of Africa with Nelson Mandela, Brad Pitt and Sir Richard Branson; and with clients featured on 20/20, Good Morning America, Oprah, and Dr. Phil. She started FMG Radio & TV in 2004, then the Women in Podcasting directory in 2005, soon after she became one of the first American women to teach blogging and podcasting in China. Jody has been a pioneer – and an insider’s mentor – in the realms of internet marketing, new media, social networking, and business strategy development. As such, she’s distilled that knowledge into her acclaimed book and training program Be A Show Host: How to Connect Your Dream to The New World of Community, Customers and Continual Profits. This comprehensive media course been used to teach hundreds of students to develop professional, polished, and – best of all – profitable TV and radio shows. As an International Speaker, Jody has shared the stage with names such as; Michael Beckwith, Dr. Joe Mercola, Zappo’s CEO Tony Hsieh, Dr. Barbara De Angelis, Loral Langemeier, Mark Victor Hansen and many more… An ardent supporter of various causes, from Make a Wish Foundation, where she was instrumental in making a young boy’s wish come true, in conjunction with Ron Howard of Imagine Entertainment and Robin Williams, raising money to feed the homeless, donating thousands of dollars to the American Cancer Association to raising thousands of dollars for the Scleroderma Society, Jody has volunteered her time and resources to help make a difference in the world.