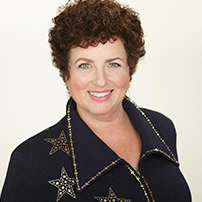 With 200+ speaking engagements each year, master publicity strategist and consultant, and bestselling author, Jill Lublin, consistently wows audiences worldwide with her entertaining and interactive keynotes, seminars, and training programs on publicity, networking, kindness and influence marketing.
Jill has shared her powerful networking and publicity strategies on the stages of Tony Robbins, T. Harv Eker, Jack Canfield, Mark Victor Hansen, Loral Langemeier, James Malinchak, Lisa Nichols, Richard Simmons, and many others. Additionally, thousands of people have attended her popular “Crash Course in Publicity”, which she teaches live several times a month at locations around the U.S. and Canada, and as well as a live online class. Her popular home study system is used by clients worldwide who are ready to create greater success and revenues for themselves and their companies.
Over the past 25 years, Jill has worked with ABC, NBC, CBS, and other national and international media as a highly regarded publicity expert. She has been featured in The New York Times, Women’s Day, Fortune Small Business, Entrepreneur, Forbes and Inc. magazines.
Jill is the author of four bestselling books, including: Get Noticed Get Referrals (McGraw-Hill), Networking Magic (Morgan James), and Guerrilla Publicity (Adams Media), which is regarded as the “PR Bible”, and her latest book The Profit of Kindness (Career Press), which went #1 in four categories. With four international bestselling books, Jill is acknowledged as the go-to person for building success through influence marketing, networking, and publicity. She helps authors to create book deals with major publishers and agents, and well as obtain foreign rights deals. Jill is also the Producer and Host of the TV show, “Messages of Hope”, which inspires people to take positive action to improve their lives and create a better world.
In addition to her speaking engagements, Jill trains and consults with executives, sales teams and marketing departments in Fortune 500 companies, and as well as in small-to-medium-sized companies. Her innovative influence marketing and publicity techniques consistently increase bottom line results for her clients.