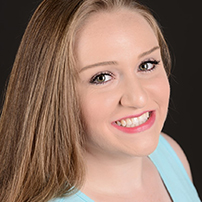 Jessica Gottsleben is a recognized servant leader, survivor leader, intersectional feminist, human rights activist, and scholar. An influential adviser and speaker, Gottsleben is a Women’s Media Center SheSource Expert and serves on the Young Leaders Council of the Millennial Action Project. Gottsleben strives to serve her communities and improve the world through coalition, consensus, and capacity building, cultivating relationships with diverse leaders and professionals for sustainable positive change “across the aisle” and around the globe. In 2016, Gottsleben was named a Young Woman to Watch, honored as the Political Rising Star award recipient, and won a nationwide election, serving as the first-ever elected #ILookLikeAPolitician Ambassador of Running Start, a global nonprofit organization, training young women and girls to run for political office. Jessica fights for equity and parity nationally and internationally, training and inspiring girls, women, and underrepresented groups globally to fight sexism, oppression, and other intersectional barriers to seek and serve in elected office across industries as the community leaders they already are. An aspiring senator and diplomat, Jessica is a founding member of the Centre for Feminist Foreign Policy, and a founding member of Off The Sidelines PAC for women. A committed activist against violence and abolitionist in the fight to end modern-day slavery and human trafficking, Jessica advocates on behalf of survivors from the local to international level. Jessica uses her skills and civic empowerment resources to inform and connect marginalized groups, law enforcement, legislators, and community leaders, while providing strategic counsel on public policy, initiatives, and restorative programs. Jessica previously gave a TEDx Talk that inspired the idea for an educational virtual reality video game, designed to bring gamers and medical, education and justice professionals into the mind of the victim, for which she now serves as an expert consultant in its early development. While currently serving on multiple task forces, she is passionately about building an education equity nonprofit, dismantling the pipelines to prison.
Jessica is a 2016 graduate of the Women’s Campaign School at Yale University, and a 2014 inductee to the Order of Pegasus, the most prestigious and significant award attainable at the University of Central Florida (UCF), from which she holds two bachelor’s degrees with Burnett Honors College distinction in Radio and Television Broadcast Journalism and Political Science, and a Leadership Studies certificate. In 2014, she became one of four women in the history of the second-largest university in the United States to run for Student Body President. Post-grad, Jessica has completed multiple courses and certifications in finance, economics, analytics from Harvard and other international Institutions. Jessica is currently an M.S. candidate in justice and security, specializing in cybersecurity, intelligence, digital forensics, and justice reform. Jessica intends to further serve as a digital defender for human rights, peace, and security, implementing her expertise at the national and international level through federal committees, agencies, and nongovernmental and humanitarian organizations.
Jessica was most recently honored as a UCF Alumni 30 Under 30 recipient, from more than 260,000 young alumni, and as an Information Security Scholar by the Center for Cyber Safety and Education. A sought-after speaker, Jessica was recently honored by The German Marshall Fund of the United States and The OCP Policy Center in Morocco as an Emerging Leader and speaker at The Atlantic Dialogues 2016 in North Africa, where her speaking topics ranged from gender justice to violent extremism in the digital age. Some of Jessica’s past work includes serving as a teacher on agribusiness curriculum, researcher and UNESCO delegate speaker on climate change adaptation strategies, hydroponics and farming techniques, environmental justice, and sustainable development in the Caribbean and small island nations. Jessica has also served as a multimedia journalist and director, a fellow on global peace and security, a New Leaders Council fellow, U.S. Congressional fellow on interdisciplinary policy, and one of the youngest inaugural Congressional Fellows in Constitutional Law. Among other accolades, Jessica has been recognized as a Presidential Inaugural Scholar twice during the Obama Administration, a delegate by the White House Council on Women and Girls, and as a speaker at the American Association of University Women’s National Conference for College Women Student Leaders, named a “Young Madison” by the Center for the Constitution, invited to join the Global Solutions Initiative’s Young Global Changers Network, and received the “Educated and Fearless” Award by the Multicultural Student Center for the Month of the Woman celebration. She has been featured by Bustle, iKNOW Politics (International Knowledge Network of Women in Politics) through UN Women, NowThis, the late Adam West, and Ashton Kutcher among others.
In her personal time, Jessica is an activist within the body positive movement, advocates for the protections of LGBTQIA+ and marginalized communities, and for accessibility, inclusion, and civil rights, and enjoys all things STEM.