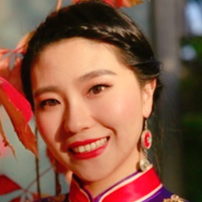 Jennifer Lu graduated from California State University and has pursued further studies in Harvard, Oxford ，MIT and Cambridge University for Philanthropy Program. After coming back to China in 2009, she was determined to devote her whole life into Philanthropy.

In 2010, Jennifer and the China Youth Development Foundation jointly initiated the China-Africa Project Hope, bringing this chari- table project to Africa. Up till now, a total of 24 Hope Primary Schools have been set up in Tanzania, Kenya, Rwanda, Burundi , Namibia and zambia.

Since 2011, a huge amount of donation has been made to build China’s first free clinic in rural area of Sichuan Province. Target- ed poverty alleviation was also carried out in 11 provinces in China including Tibet, Xinjiang, Qinghai and Ningxia. The target is to expand such efforts into all provinces of China.

Starting from 2012, a series of philanthropical activities have been carried out in countries including China, Cambodia, Thailand, Albania and so on to support the left-behind children, build hospitals, donate rice, assist refugees and orphans, help children with AIDS or disabilities, protect sea turtles and protect the man- groves etc.

Jennifer’s love and efforts in the work of philanthropy has received high remarks from the international community. She was warmly received by multiple government/state heads including the UN Secretary-General Ban Ki-moon, former President of the US George H. Bush, King of Cambodia Norodom Sihamoni, President of Tanzania Jakaya Mrisho Kikwete, President of Kenya Mwai Kibaki, President of Burundi Pierre Nkurunziza, President of Malawi Bingu wa Mutharika, Prime Minister of Alba- nia Edi Rama, etc.
In 2016, CCTV gave her an exclusive coverage under the theme of “China’s First Professional Philanthropist.”