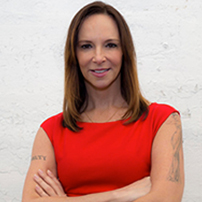 Jennifer Bonjean is the owner and founder of Bonjean Law Group, PLLC. She is a seasoned attorney with extensive experience in criminal defense and civil rights litigation. Bonjean also specializes in appellate, post-conviction, and habeas corpus litigation. Her passion and tenacity drives her to aggressively fight for individuals who have been wronged by the criminal justice system. Bonjean works tirelessly to reverse the convictions of innocent people wrongly incarcerated. She is committed to exposing the rampant police and prosecutorial misconduct that often leads to wrongful convictions. In 2014 the Chicago Innocence Project awarded Bonjean the Humanitarian of the year Award for her work on Stanley Wrice’s appeal.
Bonjean grew up in Valparaiso, Indiana and received a Bachelor of Arts Degree in Music from De Paul University in Chicago. After college, Bonjean attended the Manhattan School of Music where she earned a Master’s Degree in Music in Opera Performance.
Bonjean’s life took an unexpected turn when she began volunteering for the women’s services division of the YWCA of Metropolitan Chicago. At the YWCA, Bonjean was a rape crisis counselor and victim’s rights advocate for under-served and marginalized women who were victims of sexual assault and domestic violence. In her role as crisis advocate, Bonjean frequently interacted with prosecutors who interviewed victims and made decisions about whether to charge their offenders. Bonjean’s dismay at the poor treatment these victims received at the hands of those meant to protect them motived her to attend law school.
Bonjean attended Loyola University Chicago School of Law. While in law school, Bonjean quickly began to identify with the underdog, which in the criminal justice system is the accused. Although Bonjean initially entered law school intent on becoming a prosecutor, she soon realized that she was more suited for public defense work.
As a second-year law student, Bonjean interned in the Capital Litigation Division of the Illinois State Appellate Defenders Office, where she did post conviction death penalty work. During her third year she interned in the Trial Division of the office of the Cook County Public Defender.
Bonjean graduated law school in 1999 and worked at the Illinois State Appellate Defender’s office. She handled over 100 appeals involving serious felonies. Shortly after starting at the State Appellate Defender, Bonjean began receiving letters from Jason Gray, an individual who had been convicted of a triple murder and sentenced to a natural life sentence at age 15. Bonjean believed in Gray’s innocence and championed his cause for over 10 years. Even after moving to New York City in 2004, Bonjean persevered to prove Gray’s innocence. After 20 years of being unjustly incarcerated, Bonjean eventually won Gray’s freedom in 2006.
In 2007, Bonjean started her own law firm in hopes of having a criminal defense and civil rights practice with a significant pro bono component to it. She opened up an office in Manhattan where she shared office space with her mentor Ron Kuby, a vastly well-known civil rights and criminal defense attorney. In 2010, Bonjean Law Group, PLLC opened its doors to a new office in Brooklyn.
Through aggressive litigation, Bonjean aims to expose the systematic corruption in flawed police departments and vindicate her injured clients by securing substantial settlements or verdicts in their favor. Bonjean recently succeeded in procuring a large civil settlement for a client, James Degorski. Degorski was brutally attacked by a corrections officer upon his arrival to Cook County Jail.
After acquiring a favorable verdict, Bonjean stated, “I was very moved. It gave me a lot of hope that this jury had acted so consistently following the law and accepting the principle that regardless of your status in society, you are entitled to be free of unjustified violence at the hands of the government and people with power and the duty to protect you.” To Bonjean, the Degorski case epitomizes what civil rights is all about.
Bonjean is a member of the New York, New Jersey and Illinois bars. She has been admitted to practice in the United States District Court for the Northern District of Illinois, and the Southern and Eastern Districts of New York, the United States District Court for New Jersey, the second, fifth, seventh, and eleventh circuit courts of appeal, and the Supreme Court of the United States. She has argued before the second, seventh, and fifth circuits. Bonjean is also a regular guest on FOX News, CNN, Investigation Discovery, truTV and Court TV.