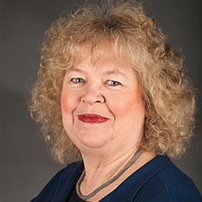 Member of the European Parliament, Brussels from United Kingdom

Jean Lambert, a former teacher from Walthamstow, East London, has been London’s Green MEP since 1999.
Jean is one of the UK’s three Green MEPs and one of eight MEPs representing the London region. Jean is uniquely able to bring a radical Green perspective to European debates on issues that matter most to London.
Jean is in a strong position to share her experience of London with Greens from across Europe, draw on the best practice found elsewhere and influence the group’s priorities and voting behaviour.

Jean has been an active member of the UK Green Party since 1977 and was Principal Speaker for the Green Party of England and Wales from 1992-93 and 1998-99. She was chair of the Green Party Executive in 1994.
Since her election, Jean has developed a close working relationship with community groups, NGO’s, trade unions and policy makers across the capital. By visiting projects, organising and speaking at conferences, responding to public consultations and listening to Londoners’ concerns she has been able to ensure the capitals voice is at the front of European Policy making on key issues ranging from social security and social inclusion to asylum and immigration, from energy and sustainability to human rights and peace.
Her special interests include Democracy and Human Rights, Refugee Rights, Anti-discrimination and Social Inclusion and aiding the development of a Green employment strategy. She has also written a book on Green politics, “No Change? No Chance.”