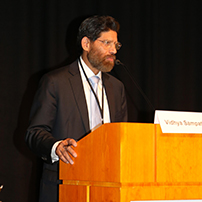 Jasbir Singh was born on 4th of March 1953 at a small village near Kapurthala in Punjab, in a family of farmers.
He had his education at the government schools and colleges from primary to university. In 1972 he got bachelor’s degree with honours from GNU. In 1972 he migrated to The Netherlands and after a gap of 18 years, he joined the Leiden University in The Netherlands, famous for law and got L.LB and L.LM degrees in two years period (1989-1991), setting up a new record in the country.
As a student in India, Jasbir Singh used to assist his father in agriculture. From 1972 till 1991 (also during his study) he worked at a private firm in the food industry, where he started with manual work and ended up preforming managerial responsibilities. In 1992 he set up his law firm and is now director of a private limited law firm, named Roest Singh Advocates. In addition to his professional work, Jasbir Singh has been very active in public and social life. In 1975, he became the founder president of the Indians Welfare Association to address the issues and concerns of Indian migrants in The Netherlands. He is the president of the oldest thinks tank of overseas Indians, named the Foundation for Critical Choices for India (FCCI). In 2009 he became the founder president of the Foundation for Indian Diaspora in Europe (FIDE). He is also active in many other India related organizations in The Netherlands. In 2010 he was nominated to the Governing Council of OIFC. In 1978 he joined one of the national political parties in The Netherlands. As the first Indian national in The Netherlands he was elected to local government body in 1996. In addition to his social work, Jasbir Singh is fond of Indian literature, music, philosophy and Yoga. He enjoys playing hockey and is a long distance runner.