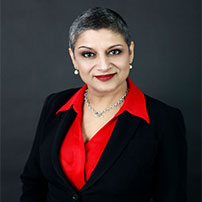 Jas Janda-Wiseman has had a very successful career financing for 35 years. In January of 2015 , Jas was diagnosed with Breast Cancer,. Her world as she had known it was changed forever. After the surgeries, chemo, radiation and dealing with all the side affects, she is now ready to embrace her new life as an entrepeneur and also take time out for her passion ..which is helping people.
Jas started her career in Banking in 1981 as a front line CSR and within 7 years attained position of Branch Manager. She took correspondence courses through UBC attaining her Economics and Marketing certificates. Juggling the rolls of wife, mother and career woman are difficult ….add single parenting to that and you have a different ball game. In 2013 Jas was head hunted by one of the Big 5 Banks , she successfully attained the position as Director of Western Canada. In 2015 the Bank did some restructuring as a result ..she lost her job.
Jas is passionate about helping people and volunteers her time with organizations and fundraisers such as : Surrey Food bank, Union Mission Church, Indo Canadian Business Association, CIBC Run for the Cure , Guildford Park Community Society ,Guru Nanak Kitchen …to name a few.
Jas proudest achievements are her 4 children and 2 grand children.
She has worked diligently and passionately helping many of her staff reach levels they never thought possible through her coaching, guidance, training and leading by example. Jas just recently started working as an independent mortgage consultant but has 2 other business idea’s that she knows will impact and help others. Jas lives in Surrey, BC, Canada and looks forward to the next chapters of her life.