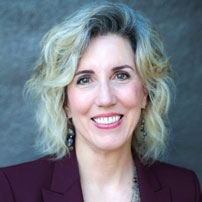 Janet Crawford is CEO of Cascadance, Inc. a Bay Area-based firm supporting leaders in building brain-friendly organizations. A female scientist and pioneer in the application of neuroscience research to corporate culture, Janet is passionate about helping companies uncover and address the hidden biological roots of inequity. She speaks internationally on unconscious bias, stereotype threat and the biology of power, including a 2014 address at TEDx San Diego.
With two decades of experience working with Fortune 500 companies, her client organizations span the who’s who of Silicon Valley and Hollywood. She has been featured in print, radio, and television, including Forbes, The Guardian, The Huffington Post, ABC and KSAN/KBLX. Janet holds a Masters from Stanford University and a BA from U.C. Berkeley. Along with renowned somatic leadership practitioner, Wendy Palmer, Janet co-authored “Leadership Embodiment: How the Way We Sit and Stand Can Change the Way We Think and Speak.”