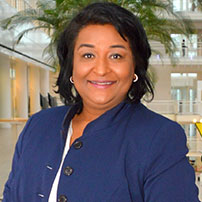 Youth has the future and “it takes a village to raise a child” The Hague Future is there for, by and with young people and everyone who feels connected to them. We are there for parents and educators, teachers, grandfathers and grandmothers and also employers. With the increasing aging population, older people are wondering who will take over the baton, but also who will take care of them? Everyone is worried about the future. That is not necessary anymore! We are there and we make sure that a new generation is ready and visible to make the city better, more vibrant and more beautiful.
The election program The election program consists of five important themes and fits on an A4 paper. Who still reads elaborate party programs? We have a vision and opinion about education, the labor market, healthcare, welfare and media literacy. For example, we believe that education should take responsibility for providing entrepreneurial skills as a compulsory subject and not as an optional module. We no longer think it is of this time that young people are being trained for jobs that directly lead to social assistance benefits. We also find it important that our own university is located in The Hague within four years. This means less travel time, less stress, more economy and employment and, above all, better transfer possibilities in education.
We also believe that young people with a diploma should immediately receive a two-year employment contract instead of three extensions without any reference to transitional payments. This can and can be arranged with, among others, The Hague’s large employer, the national government. We find it unacceptable and capital destruction when highly educated young people are on the bench for more than 12 months. Table leader Jane Kuldipsingh has been politically active for over fifteen years and observed shaking the Hague political landscape from left to right. At the beginning of November she felt the urgency to set up a new local party. She is a connector between networks and society and knows the youth (welfare) organizations in her thumb. In addition, she has a track record with young people and she is not for nothing named Hague Youth Ambassador for the municipality of The Hague where she achieved good results. In 2012 she sounded the alarm about the flexible shell at the national government. In 2016 she was proclaimed the heroine of the ‘Comité 21 maart’ by FNV Wereldburgers. At the beginning of this year she was one of the panel members in BNN Vara’s Het Lagerhuis. Currently she is part-time entrepreneur. Her mission is to teach a new generation to present and debate so that they become self-reliant in a harder society. Kuldipsingh was unanimously chosen as party leader. She is the first Hague Hindustani woman to start her own party.