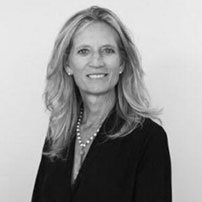 Jamai is Founder and CEO of Innovate+Educate, a nonprofit she started in 2009 with a vision for an industry-led board focused on education and workforce strategies to address the significant gaps between supply/demand in both education and workforce.
Jamai enjoyed a 15-year career in the investment field, managing over $125 Million in assets at the height of her career. She retired in 2001 to pursue her passion for education and the underserved youth, teaching middle school in Little Rock, AR and Durham, NC from 2001 to 2006. In 2006, she joined the North Carolina Technology Association, overseeing a congressional project in Robeson County, NC. She later led the work at the NCTA Education Foundation, and started the Knowledge Workforce Committee in 2007 to address the IT shortage pipeline of member companies.
Jamai moved to her home, Santa Fe, New Mexico in 2008, to work with with New Mexico State University (NMSU) in launching the State’s P-20 online learning network. Knowing her passion was serving the underserved community, she approached corporate members including representatives from Intel and Lockheed Martin to launch Innovate+Educate in January 2009. Since then, Jamai has been dedicated to Innovate+Educate and its mission “to create new employment pathways to employment based on skills and competencies.”
Jamai serves on multiple national boards including The Future at Work Coalition, the Urban Research Park CDE, and the K12 Career Readiness Initiative. She also is very involved in her work in NM, sitting on the City of Albuquerque Learning Council, City of Santa Fe Children’s’ Cabinet, and ACT State Leadership Board (NM).
She and her husband, Dave, have seven children ages 14-30, all on their own education to employment journey. When not focusing on her work, she is found in the garden, doing yoga, or reading.