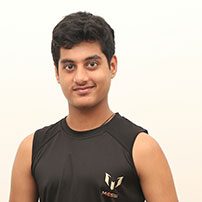 B2W(BORNTOWIN) is an organisation that supports Various causes JAI & PREET Students of “SINDHIMODELSCHOOL”
the brothers who stand tall as above-par achievers, were always untypical of their age. While kids in every household go crazy over ‘crackers’, they looked beyond their immediate pleasures to realize the adverse impact of ‘polluting crackers’ on Mother Earth. It triggered them to start the campaign – “Say No To Crackers” in 2012. They went door-to-door in their apartment with hand-made chart papers to raise awareness about burning crackers, Yet, only 5 families agreed to support the initiative in the first year.
The limited response in their first attempt didn’t deter their spirits. They reached out to their school teachers, who duly saw their campaign ‘right’ and supported them immensely. They allowed Jai & Preet to visit every classroom to explain about the adversity of spoiling ‘Mother Earth’. Since then, their journey never looked back. In the consecutive years, their support base increased. Many well-known dignitaries and running groups rendered their support to the cause. The Chart papers became posters that got pasted across the city. Camps were held at different location to Chennai. Children of their own age started to see merit in their cause and as many as 3000 children pledged their support to them. Corporate companies like Wipro and many leading educational institutions in Chennai are now lending their support into their initiatives which has now spread its wings into different causes, under the umbrella – “Born To Win”(B2W).

The brothers were sincere in their efforts, and they always garnered more attention to their cause. But the impact of their efforts were too big to escape limelight.

THEY are honoured with “THE CREST” from INDIAN COAST GAURD for various contribution to the society.

were recognized by Dr. Kiran Bedi, Lt Governor, Puducherry for their stellar efforts.

They are invited at different venues (schools, forums) to give motivational talks.

Mission to collect “5TONS” of rice and distribute to old age homes an orphanage.

The icing of the cake was the autograph of Indian Cricketer Virat Kohli on their ‘B2W’ shirt.

All these recognitions and support have only emboldened them to dream and do bigger things. And the brothers truly believe that their journey has just begun.