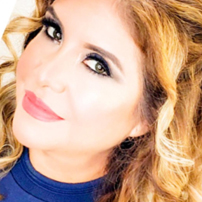 Irma Sánchez is a social communicator, committed to be the defender of women’s rights. She also stands out as a developer of American and Latin American corporations for national and international markets; working in conjunction with embassies and Chambers of Commerce.
She has been named member of the Welfare Committee of Miami Dade County Public Schools, a position of honor that commits her to continue supporting educational initiatives in favor of the well-being of the next generations.
She is the ambassador of major globally recognized brands such as Inca Kola, a Coca – Cola brand, to which she joins in social assistance projects to empower Latina women and disadvantaged children.
Irma is the founder of the “Women in Leadership” movement, which supports women and their economic entrepreneurship for a social transformation. Her mission is to educate women to take action and eradicate poverty.