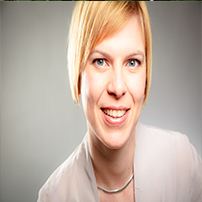 Ineke Vermeulen – Global Head of Atos Speak Network (Atos) – Lecturer of Management and Leadership (New European College) – Speaker & Coach – Keynote Consultant. After her studies Ineke decided to jump on the IT bandwagon in 2000 and became a developer. She was lucky to work for a large multi-national, with flexible people development. After some other roles, she eventually found her spot as an all-rounder in marketing. All the while, she continued to develop her real talent: engage, motivate and inspire people. A few years ago, she was approached by a business school to start lecturing there – which is a great pleasure. At the moment, she is starting up a speaker business within Atos – so she can further develop her true passion and encourage her colleagues to hone their speaking and storytelling skils. If you excel at what you do, the doors of opportunity will open again and again!!