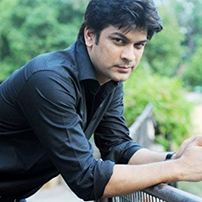 Imran Zahid is an Indian actor in both theatre and Bollywood. He has acted in Mahesh Bhatt’s The Last Salute, based on Muntadhar al-Zaidi’s book of the same title. He began acting while at school in Bokaro. He then attended Hindu College, Delhi University, from where he got a BCom degree. While at university Zahid became involved with a theatre group run by Arvind Gaur. He continued acting with the group after leaving university and also opened a media school in Delhi, India in 2003. He has said that he had neither the desire not the need to work in Mumbai.He played the lead role in Chandu, a film by Mahesh Bhatt about Jawaharlal Nehru University student leader and Communist Party of India member Chandrashekhar Prasad, who was shot dead on 31 March 1997 during a political rally. He met Bhatt at a conference in Dubai in 2007 and it was then that Bhatt asked him to take part in the film. The proposed film has attracted some criticism from present students at the university. He played the role of Muntadhar Al Zaidi in Bhatt’s production, The Last Salute, which is based on the shoe hurling incident involving George Bush. He received plaudits for his portrayal and Bhatt has proposed to make a film of it with Zahid reprising the role.