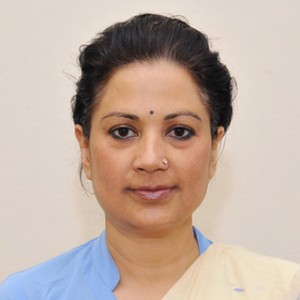 Ila is an Election Commissioner at the Election Commission Nepal, looking after portfolios of electoral law, directives, media, gender & inclusion and 2nd five year strategic plan.
She has over twenty five years experience in the media, public relations, law and development. Journalist at a national English daily, consulting business lawyer, PIL lawyer and development sector advocacy in later years. Education from India, Nepal and UK. Herfirst undergraduate degree is a B.Sc., in bio-science and a second undergrad, LL.B. in common law from India. She also holds a diploma in journalism from the Nepal Press Institute and a bachelor’s degree in Sanskrit literature.
She wrote a column on Women’s rights for some years, wrote editorials and was editor of the weekly feature supplement of the newspaper.
After LL.M. in Public International law and Human rights from Tribhuvan University, Nepal, she practised as a consulting lawyer in a corporate law office in Nepal. Illa continued public relations consultancies and writing editorials for newspapers on political, development and gender issues.
She holds an LL.M. in International Business law on a British Chevening scholarship from University of Hull, UK.
She was team Leader for Economic rights and Livelihood in ActionAid Nepal, involved in advocacy for ESC rights, its OP and especially how it will impact the right to food. involved with policy advocacy, networking and lobbying at national and international levels. Her areas of interest are trade and development, economic justice, electoral justice and peace building. Currently pursuing a doctoral research at the Centre for International and European law, Vrije Universiteit Brussel on Erasmus Mundus fellowship