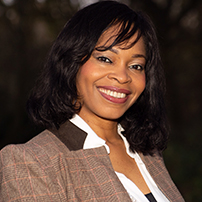 Ihuaku Patricia Nweke, or ‘Ihu’ is the daughter of an immigrant medical Doctor who came to the U.K as an 11-year-old girl due to a political coup in her home country of Nigeria. “We literally had to adjust to a life of more hardship and uncertainty as aliens in the U.K” She is the founder of Cedarcube an organisation which empowers and heals families.
In October 2018, Cedarcube established the “Behind the Mask” project which was so named because many people hide behind the mask of domestic abuse and until recently, domestic abuse has been treated as a taboo shrouded in guilt and shame. The project has helped a number of women and families affected by domestic abuse by providing them with counselling therapy as well as educational and financial support. Ihuaku has always had a creative flair and in July 2008, she pursued her creative passions in earnest, undertaking training in fashion and design and starting her own jewellery and fashion line, I.Kollection. Since then, I.Kollection fashion has featured in African Fashion week, Fashion finest, The Afro Hair and Beauty show, Birmingham Fashion week amongst others. In June 2018, Ihuaku was able to transfer skills in beading to young girls from disadvantaged backgrounds at the Miss Ebony Beauty Pageant. Ihu has many strings to her bow and is also a qualified Chartered Purchasing and Supply professional (MCIPS). She is married to Chidiebere and the mother of three bright and energetic boys.