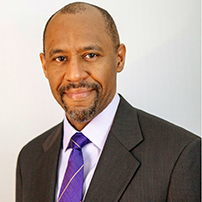 Entering his second decade as a travel journalist and podcaster, Ian Fitzpatrick has traveled the world with his wife Tonya as the co-founder and host of award-winning World Footprints, dedicated to connecting conscientious, socially-responsible travelers all over the world. Having covered Olympic and Paralympic games in Vancouver, Sochi and Rio as well as traveling to places around the world and sharing them through powerful human interest stories, Ian and Tonya have developed a reputation as immersive and interactive travel storytellers.

A veteran travel radio broadcaster, he and Tonya hosted consumer travel radio programs in Washington, DC on WMAL-AM and WWRC-AM. He has done live and recorded reporting from festivals, travel trade shows and interviewed some of the world’s leading travel personalities. Professionally, he has held positions with a major airline and several global law firms.

Ian graduated from the University at Buffalo School of Law, where he was an editor of the Buffalo Law Review. He graduated from the University of Michigan, where he received a bachelor’s degree in political science and an MBA. Ian holds membership in the Society of American Travel Writers, North American Travel Journalists Association, and is a licensed attorney in Washington, DC and Maryland.