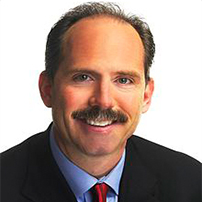 For the past seven years, Richard J. Berry has served as the Mayor of Albuquerque – the 32nd largest city in America and the largest city in New Mexico.
Prior to serving as Mayor, Berry was elected twice as a State Representative to the New Mexico State Legislature and owned a successful Albuquerque construction company for decades that conducted business throughout the Southwest United States.
Mayor Berry’s Accomplishments
On his watch, Albuquerque was ranked second Best Run City in the nation with a population of over 500,000. Mayor Berry has reduced the size of city government and held budget growth to below inflation each year – all while maintaining a high level of service to taxpayers and city residents. Also under the Mayor’s leadership, Albuquerque was recently named as the 6th most technologically advanced city in America.
As part of an unprecedented $300 million investment in downtown Albuquerque since 2009, Mayor Berry launched Innovate ABQ in partnership with the University of New Mexico to make Albuquerque home to more economic innovation and start-up companies. And throughout the city, nearly 300 quality-of-life projects have been completed – totaling roughly $400 million – including the state-of-the-art Paseo & Interstate 25 interchange and the Convention Center renovation.
Mayor Berry’s administration has also been recognized nationally for making city government more transparent and accessible, for launching an initiative called “Running Start for Careers” that better connects high-school students to real-world work opportunities, and for implementing innovative programs that have dramatically improved the lives of the homeless and led to a 39 percent reduction in homelessness over the past 7 years.
Mayor Berry was recently recognized as one of the Most Inspirational People in America by the Washington Post, largely due to the success of a program called “There’s a Better Way,” which takes a new approach to addressing panhandling by providing the homeless with opportunities to work for the City and connect them to resources and help.
Mayor Berry has been married to his wife, Maria, for 26 years and they have one 20 year-old son, Jacob, who serves in the Army Corps of Cadets while studying at Texas A&M University.