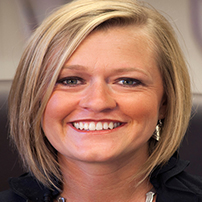 Monique Jacobson was born in Taos, NM and lived in Santa Fe and ABQ while growing up. She graduated high school from Sandia Prep in ABQ before attending the Wharton School of Business at The University of Pennsylvania where she received a Bachelor of Science in Economics with concentrations in Marketing and Legal Studies. Secretary Jacobson spent 11 years in Chicago working for PepsiCo in management roles for businesses like Gatorade and Quaker Oats. She started and led the first ever Accessible Health and Wellness business unit, focused on creating sustainable business models to address nutrient poverty. She finished her career there as the General Manager of the $1.8B Quaker Breakfast Portfolio. In 2011, she moved back to New Mexico to serve in Governor Martinez’ administration as the Secretary of Tourism. Over her tenure in tourism the state saw record breaking tourism numbers resulting in over 5,000 new jobs.

In 2015, Secretary Jacobson was honored to have been asked by Governor Martinez to serve as the Cabinet Secretary of the New Mexico Children, Youth and Families Department. Since that time, Secretary Jacobson has led the agency to many accomplishments. Through her advocacy, Protective Services has seen a 25% increase in the number of field workers in the past two years. She has led her team to reduce worker turnover and vacancies and she was the leading force to help pass legislation for a new Student Loan Repayment Program for field workers. Because worker safety is one of Secretary Jacobson’s priorities, many initiatives like a new text alert system, enhanced communication to dispatchers when workers are out in the field and enhanced office safety protocols are being rolled out in the coming months.

Under Secretary Jacobson’s leadership, Protective Services has developed several initiatives to improve outcomes. The agency has developed a county-by-county approach to data-driven decision making; Child Advocacy Centers, the Family Support Worker Program, and the Virtual Desktop Initiative have all been expanded under Secretary Jacobson’s direction. In addition, advanced training initiatives for workers and supervisors related to assessment of child abuse, domestic violence and family engagement, safety assessment and safety planning are being implemented.

Over the last two years in Juvenile Justice, there has been enhanced programming for clients in facilities to include life skills programming, team athletics program in facilities, vocational/certification programs and the implementation of a new Dog Obedience Training Program. CYFD is increasing the inclusion of Wraparound services and Shared Decision Making to enhance engagement between the JPO and families and has developed new probation agreements in several counties to help youth be successful. Transition Services have been enhanced to include housing, employment, education, and behavioral health services.

One of the most exciting and promising initiatives developed under Secretary Jacobson’s leadership is the establishment of an at-risk child care pilot project with Protective Services which provides child care assistance to families who have had interactions with Protective Services. This project is being rolled out statewide in 2017 and a new Home Visiting Level II project has been developed to target families at greater risk for adverse childhood experiences.

Secretary Jacobson lives in Santa Fe with her husband, Andrew, and their three boys Drew, Reid and Brody.