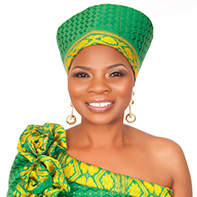 Her Excellency Dr. Justina Mutale has been globally acclaimed as one of the most influential and inspirational women of African origin. In 2012, Dr Mutale was awarded the prestigious title of ‘African Woman of the Year’ sharing a platform with various African Presidents and Heads of State. Winner of the Mandela 100 Prize presented in recognition of her humanitarian work, which mirrors that of Nelson Mandela, Dr Mutale was recently named as Africa’s Best Female Philanthropist. She is named in the 100 Most Reputable People on Earth; as well as the 100 Most Reputable Africans in the World. In addition, Dr Mutale is listed in the 100 Most Influential African Women; the Powerlist of 100 Most Influential Black People in the United Kingdom; and the Black 100+ Hall of Fame, an Exhibition and Legacy of the top 100 Black Achievers in modern Britain. A Distinguished Member of the Global Order of Dignitaries & Philanthropists, and the Royal Biographical Institute, Dr Mutale is an internationally acclaimed and globally sought after Keynote Speaker.
Dr Mutale is the Founder & President of the Justina Mutale Foundation and its Scholarship Programme for young women and girls from disadvantaged families in Africa to access higher education around the world. Dr Mutale is also Founder of POSITIVE RUNWAY: The Global Catwalk to Stop the Spread of HIV/AIDS, and is a Founding Partner of the African Economic Congress. She sits on the Board of the World Leaders Forum and serves as President, Patron, Ambassador, Trustee, Advisor, Board Director, Consultant and Mentor to several organisations in the UK and across the globe. Dr Mutale was recently appointed Chancellor of Excel International Research University.
Prior to founding her own organisation, Dr Mutale worked in the Commonwealth Secretariat’s Gender Section, which addresses gender equality, gender mainstreaming and the empowerment of women and girls across the Commonwealth. She is co-author of “Women on Corporate Boards: An International Perspective” and several other publications on Gender Equality and Women in Leadership. Dr Mutale is a Civil Society Speaker, Delegate and Parallel Event Convenor at the United Nations Commission on the Status of Women held in New York; as well as the African Union’s High-Level Panel on Gender Equality and the Empowerment of Women & Girls, held in the wings of the African Union Heads of State Summit in Addis Ababa; and the Commonwealth Women’s Forum held in the wings of the Commonwealth Heads of State Summit in London. As founding partner of the African Economic Congress, Dr Mutale is a Speaker at the European Economic Congress, as well as the European Economic Forum.
Through her own Foundation, Dr Mutale advocates for gender equality and women’s empowerment, including women’s political participation and the economic empowerment of women through trade, business and enterprise by providing leadership training and mentorship. She also advocates for the retention and completion of tertiary education for young women from rural and disadvantaged families in Africa by providing them with university scholarships to access higher education around the world.
Boasting six Honorary Doctorates from six different institutions in six different disciplines, from six different countries in six different continents, Dr Mutale is winner of numerous other high-profile international Awards, Honours and Accolades from various parts of the world. She is listed on numerous Halls of Fame; WHO’s WHO Lists; Influential Lists; and Power Lists across the globe. She is a Global Official of Dignity; Africa Goodwill Ambassador; Ambassador for Peace; and Missionary of Peace. Dr Mutale has been honoured for her outstanding and phenomenal leadership qualities as a Stateswoman; Global Woman Leader of the Year, and Iconic Woman Leader of the Decade.