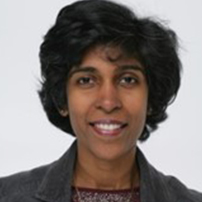 Helga was born in the South Indian temple city of Madurai and moved to Delhi at the age of 4 where she spent a large part of her childhood. During the initial years spent in the Indian capital, Helga regularly interacted with and befriended internationals. This formed the basis for her increasing curiosity in others different than herself and fueled her interest in cross-cultural relationships. Helga has a Master’s in Communication and a second Master’s in International Management from the Vrije Universiteit in Amsterdam, one of the top ranked universities in The Netherlands (4th best in Leiden University 2016 Ranking) and in the world (95th in the 2018 Times Higher Education World University Ranking for Business and Economics). Helga has been taught and trained by world renowned cross-cultural experts, researchers and academicians as well as internationally acclaimed management thinkers that include David Livermore, Fons Trompenaars, Ursula Brinkmann, and Oscar van Weerdenburg. Helga is fluent in six languages (English, German, Dutch, French, Hindi and Tamil). She has experience living and working in three different continents (Asia, Middle East and Europe) and has traveled extensively to the US, UK, South East Asia, Europe and the Middle East. Over the past 15 years, Helga has worked in various roles and capacities in Asia, Middle East and Europe. She has advised senior company directors and senior managers in the Indian IT sector on overcoming cross-cultural challenges, conceptualized, organized and conducted cross-cultural workshops and seminars for international audiences with participants from varying age groups and professions, taught German to an audience of different age groups, nationalities and hierarchy levels in Asia, Middle East and Europe. She has worked in different public and private sectors that include IT, education, media and government. Over the past years, Helga has taken up different roles: as coach, mentor, counselor, adviser, speaker, Visa Officer, teacher, writer, media designer, nutritionist, student, expatriate, trailing spouse and business owner. Helga’s passion for helping people from different cultural backgrounds to respect and understand each other and work together towards a common purpose has been the primary reason behind founding Curry & Culture Company. In her spare time Helga enjoys reading books, going for a run in the woods, taking portrait photographs, writing stories from the heart, baking and designing cakes, travelling (particularly to places with mountains!), painting using mild water color hues and actively engaging in building up young people, non-profit organization employees and women either one-on-one or by means of speaking engagements as a motivational speaker. Helga has a bachelor’s in Nutrition & Dietetics. She is a keen advocate of healthy eating habits and thoroughly enjoys gleaning from her academic background in cooking nutritious and wholesome meals for her family and friends. Indian, Thai and Chinese food feature among her absolute favorites! Helga lives in The Hague with her family.