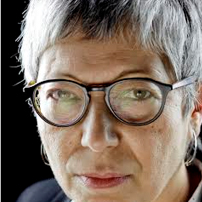 Helena Garrido has been a journalist in the area of economics and finance since 1986. With a degree in economics from the Faculty of Economics of the Universidade Nova de Lisboa, she began her career in Jornal do Comércio. He went through the European, Diário de Notícias, Expresso, Público, DiárioEconómico and Jornal de Negócios. She served as deputy director at DiárioEconómico, as deputy director at Diário de Notícias and was director of Jornal de Negócios. She is an assistant professor of Economic Journalism at the Lusófona University of Humanities and Technologies, collaborates with the Observer, Eco and is an analyst and commentator on RTP and RDP. He has the personal blog called “Visto da Economia” and published in 2016 the book “The life and death of our banks, how the bankers used our money” editions Contraponto. He was born in Pangim, Goa.
(Updated April 17)