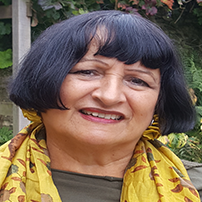 A creative Food Scientist – identifying new food ingredients/new foods for the future.
⚫ Has experience in bringing to the UK market, functional food ingredients and functional foods from outside the UK.
⚫ Presented many scientific papers at conferences and seminars worldwide, as well as appearing on TV/Radio.
⚫ Is used as an expert in the media for emerging sciences in food such as nanotechnology/nutrigenomics.
⚫ Has extensive contacts in UK/Europe with Universities, retailers and food companies.
⚫ Liaises with Japanese/Australian/Finnish/USA companies to identify new functional food ingredients and supplements for the UK food market.
⚫ Liaises with chefs involved in Molecular Gastronomy, food science/technology techniques, Umami seasoning and new food ingredients.
⚫ Has considerable experience of organising and participating in major events to do with new foods, including Mood Food at Cheltenham Festival with Heston Blumenthal filmed for National Geographic and reported in The Times.
⚫ Considerable knowledge of different cuisines from around the world including Japanese, Indian, Chinese cuisine through extensive travel and discussions with chefs. Judge of The Seven Sushi Samurai held in London and judge of the Food Taste awards.
A successful Food Scientist who became a board director of a UK subsidiary of the Japanese company, Ajinomoto, the leading food company in Japan as well as Managing Director of their UK Food supplement company. She is now a consultant to several International
companies . Her passion is food.