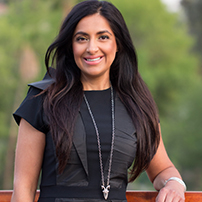 Although she was born in the United Kingdom, raised in Canada and now lives in Los Angeles, California, Harvinder Keila has always been deeply interested in her Indian Heritage. As a child, she was dazzled by her grandfather’s accounts of 19th century Punjab, which was experiencing a period of renaissance. KAURA JEWELS was conceived in 2012 from Harvinder’s fascination with weaponry and armour from this bygone era. She connected so deeply with the symbolism of protection and strength in the armour, it immediately awakened her inner-warrior. Harvinder developed an ability to work with her hands as an environmental consultant for 10 years. After completing a metalsmithing course in 2008, she began applying this skill to jewelry manufacture and never looked back. Harvinder was awarded “Rising Star” during her launch year in Las Vegas by the Jewelers Circular Keystone and has had her newest collection “bindi” featured in Vogue India. Her pieces have been coveted by celebrities including Debra Messing, Zendaya, Ronda Rousey, ect. and has been featured in many full featured films and TV shows.
Currently she sits on the board for the Women’s Jewelry Association – Los Angeles Chapter and sells her collections in Toronto and Santa Monica. She is working on her first book where she will highlight inspirational people from around the world.