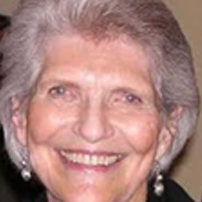 Legendary Leader of the Decade

Harriet Anna Mayor is the second wife, and widow, of United States Senator J. William Fulbright;
Of the Fulbright Foundation. Mayor was the former Executive Director of the President’s Committee on the Arts and Humanities under President Bill Clinton. She currently serves as President of the Harriet Fulbright Center[1] In addition, she serves as a Board President of Harriet Fulbright College.
Her first overseas experience was at the age of 14, when she travelled to Colombia for a summer study program. She continued her education at Radcliffe College, the women’s college counterpart to Harvard University, where she earned her Bachelor of Arts in 1955. In 1975, Fulbright earned her MFA from the George Washington University in Washington, D.C.
Harriet Fulbright serves as an “unofficial ambassador” for the Fulbright Program and is often invited to speak at events that range from university commencements to milestone anniversaries for Fulbright Commissions around the world who are celebrating the presence of her late husband’s educational exchange program in their respective countries.[4][5] As a result of her status as an international figure of peace and education, she has received many awards and honorary degrees. She currently sits on the advisory board of the Alliance for Peacebuilding. In 2006, she created the J. William & Harriet Fulbright Center, a nonprofit dedicated to promoting peace through international education and furthering her late husband’s legacy. She currently serves as president of the organization.
Fulbright has received numerous honours and accolades throughout her career including several Honourary Phds, and most recently, the prestigious Ulysses MEDAL from University College Dublin. The UCD Ulysses Medal is the highest honour that the university can bestow. It was inaugurated in 2005, as part of the university’s sesquicentennial celebrations, to highlight the ‘creative brilliance’ of UCD alumnus James Joyce. It is awarded to individuals whose work has made an outstanding global contribution.