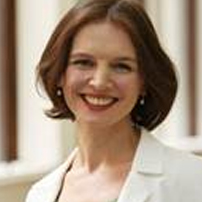 Ms Honey joined the FCO in 1999 following a degree in physics and several years in the private sector. She has worked on a wide range of issues, most recently leading the policy team covering Israel, the Occupied Palestinian Territories, Lebanon, Jordan and the Middle East Peace Process.
She has served in Zimbabwe, heading the political team from 2001-04, and Mexico. She has spent most of the last nine years in London working as Private Secretary to the Minister for Europe, on counter-terrorism and the Middle East.