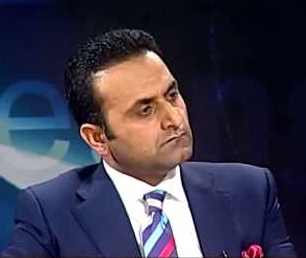 Ambassador Abdali provided the President with policy and oversight advice on national security issues. He administered the National Security Council meetings and chaired the Deputies Committee Meetings of the National Security Council, which facilitated strategic coordination and communication among Afghan and international stakeholders to help address Afghanistan’s security and development needs. Moreover, Ambassador Abdali served as one of the key negotiators of the Enduring Strategic Partnership Agreement between Afghanistan and the United States.

Under the leadership of President Hamid Karzai, Ambassador Abdali took part in the early resistance movement against the Taliban and its foreign backers. In 2001, President Karzai appointed him as his Personal Secretary. This and other assignments since 2001 have earned him a sound understanding of the domestic and foreign policies of the Afghan government. He previously worked with a number of international humanitarian relief organizations in and outside Afghanistan.

Ambassador Abdali has represented Afghanistan in major international conferences to discuss Afghan affairs and regional security issues. He is author of several publications, among which have been articles published by Washington Times; Foreign Policy; Foreign Affairs; The Diplomat; Diplomatic Courier; The Hindu; The Indian Express; and the research paper titled “Weak Governance And Instability In Afghanistan: The Way Forward” published by Delhi Policy Group (DPG). He has B.A. degrees in Political Sciences and Natural Sciences, an M.A. in Strategic Security Studies from the National Defense University of the United States, and is currently pursuing a Ph.D. program at the Jawaharlal Nehru University (JNU).

Ambassador Abdali was awarded the High State Medal of Wazir Mohammed Akbar Khan in 2014 by President Karzai for his tireless and dedicated services as Deputy National Security Adviser (2009-2012), Special Assistant to the President (2001-2008), as well as for his hard efforts to further promote and expand Indo-Afghan relations as Ambassador of Afghanistan to India (2012-Present).

The other awards Ambassador Abdali has received includes a certificate of appreciation by the Afghan Senate for his devoted public services as Afghan Ambassador to India in 2014; a medal for his contribution in the convening of the Constitutional Loya Jirga (Grand Assembly) in 2004; an Afghan Presidential Certificate of Appreciation in 2005 and the Achievement and Excellence Award in 2007.

Internationally, he has been honoured with the CCI Technology Education Excellence Award in 2014 for initiating and promoting education ties between India and Afghanistan; the Honorary Texan Award in the United States of America; the World Green Diplomacy Award in New Delhi in 2013; a Gold Medal for fostering diplomatic relations between Afghanistan and India by Amity University; and a Life Time Achievement Award by the Lions International Club.

Ambassador Abdali was born in Kandahar, Afghanistan. He is married and has four children.