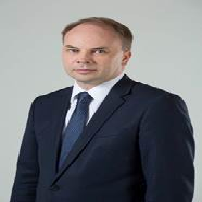 Ambassador of the Republic of Poland to India

For a quarter of the century Tomasz Łukaszuk has been fascinated with Asia, its contemporary life, history and culture. His interest in Asia and Asian prominent figures goes over 30 years back in time when, as a student of the Tadeusz Reytan General Secondary School, he read a biography of Mahatma Gandhi. Mr Łukaszuk was also impressed by the history of Bhutan’s fight for independence. He was dazzled by the operations of the Asia and Pacific Museum in Warsaw. As a result, he decided to take up Oriental Studies and in 1991 graduated with honours from the Oriental Faculty of the Moscow Institute of International Relations. During his career at the Ministry of Foreign Affairs, which started in January 1992, Mr Łukaszuk in all his roles – including as the Deputy Director (2002-2005) and Director (2010-2012) of the Department of Asia and the Pacific Region – always supported all initiatives aimed at promoting Poland in Asia and Asia in Poland. He spent ten years working at the embassy in Indonesia, first as the Deputy Head of Mission (1998-2002) and then as the Ambassador (2005-2010). While residing in Indonesia, Mr Łukaszuk visited all countries of Southeast Asia and also travelled to Australia and New Zealand. As the Head of the Office of Infrastructure (2012-2014) of the Ministry of Foreign Affairs, he was responsible for its infrastructure. Together with his co-workers Mr Łukaszuk opened the doors of the MFA to numerous professional institutions of architects, engineers and property managers and created a sound basis for new capacities and infrastructural standards at the Ministry.